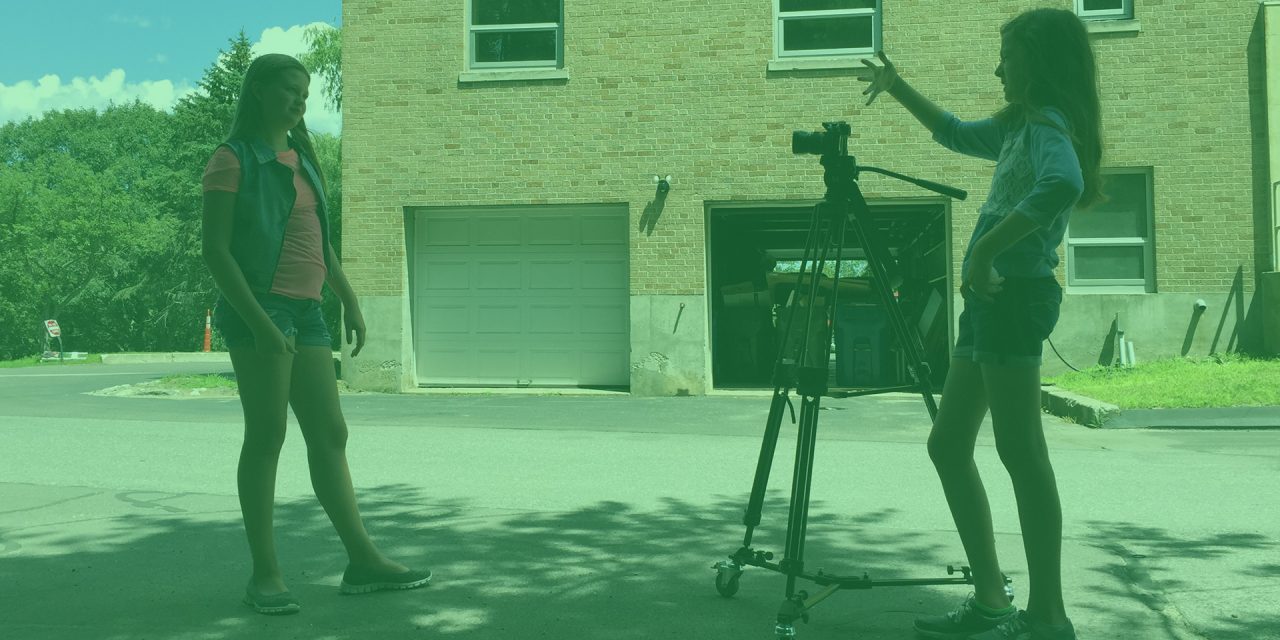 After determining how zoomed in a shot could be, the next factor of composition is the levelness of a shot. When students film, they tend to just hold the camera comfortably at eye level, which leads to ordinary visuals. The objective of this lesson is to get them to consider camera height as a critical tool in framing a shot, and think about the emotional effect of looking up or down at a subject.

I like to get my students thinking of their eyes as cameras. Of course, our eyes don’t have the ability to zoom in, so we are constantly seeing life from a limited perspective (around a 23mm lens, actually). Our eyes also, as you know, happen to sit about five to six feet in the air, and we see most of our lives from this perspective. That gives us a very cool opportunity when filmmaking—we can get people to see from different eye levels. Rather than just holding a camera at arms length or setting a tripod up to comfortable height, we can film from various levels to construct our composition.

We’ve got the five shot types as compositional tools. Now we can add to our repertoire the three camera angles:

Low-angle shots shoot up at the subject. This tends to make them appear powerful, larger than life, menacing, or in control.

High-angle shots shoot down at the subject. This make them appear vulnerable, small, compromised, or out of control.

Eye-level shots, then, are more humanizing. They make the character feel like an equal to the viewer, perhaps more relatable.

Right here is a nice video showing the use of different angles in the TV show Scrubs:

And this article covers these three well, in addition to a few other shots worth mentioning but not focusing on until more advanced shoots. Dutch angle shots tilt the camera, creating a disoriented view. Eye contact with the camera is something to play with—staring into the camera places a viewer in the scene or in the point-of-view of a character, looking just off-camera (most common in dialogue or interviews) makes the viewer a more comfortable voyeur. And I’m always a fan of setting my camera on the ground—a natural tripod—to get interesting perspectives. But for this introductory lesson, focus on the primary three angles, and we’ll come around to the more distinct shot types later.

Determine the best moment in your conversation to get your high and low angle shot. Does one character have the upper hand at any point? Or lose momentum? Perhaps the script needs to be adjusted to create an opportunity to establish this power dynamic. Have students add the camera-angle to their document which lists all of the different shot types they’re getting.