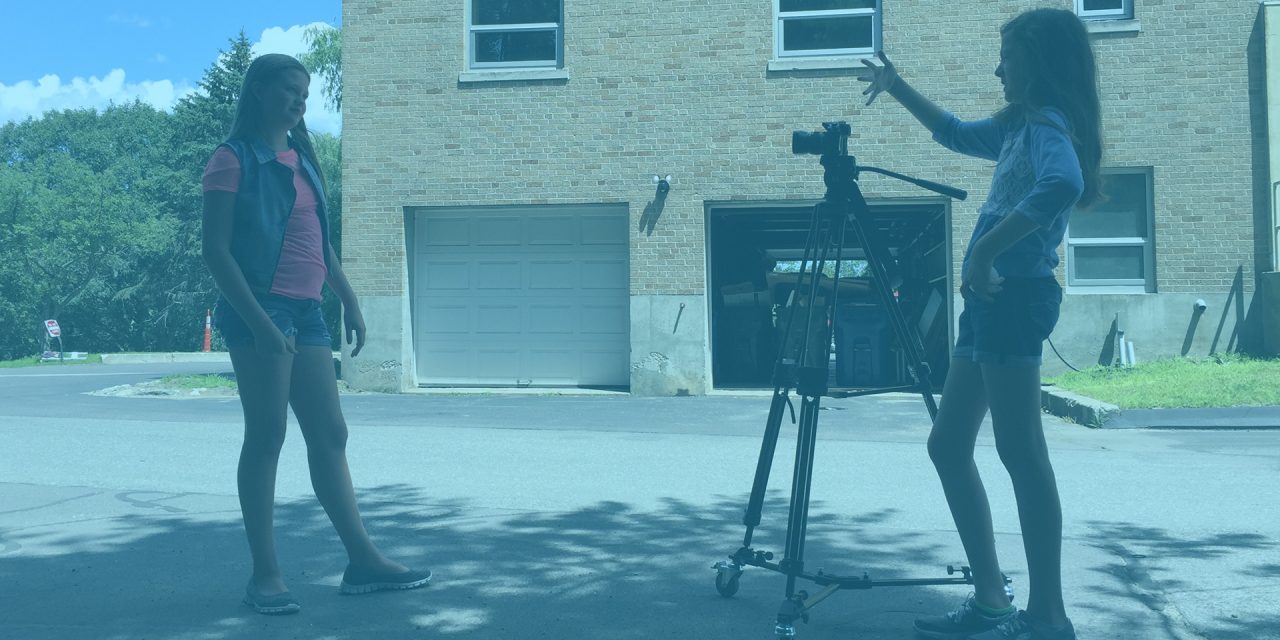 Thus far, we have focused on getting good shots. We haven’t focused on putting them together to create an engaging scene. The dialogue of an amateur film can seem robotic—whenever one person talks, they’re on camera. The other person responds, they’re in the shot. In this way, our cinematography and editing choices can “telegraph” a conversation, we know who’s going to speak because the camera ping pongs over to them.

Actual conversations have a rhythm to them, and our objective as filmmakers is to allow our films to capture these rhythms. Sometimes, a person speaking isn’t the most important thing, and a reaction is. Other times we can emphasize words by focusing on an object. Our goal will be to learn how to show a conversation in an engaging way.

Here are a few clips of conversations from television shows that do a good job creating a rhythm in a conversation. Pick a couple you like, or use all three. Here’s the ruthless political drama House of Cards, start at 4:06:

Note how even when Frank is sitting down, the camera shoots up at him in a low-angle shot to show his power. Note the two-shots in which Frank looks down at Catherine, sometimes looming out of the shot or in the shadows. Note the cut-in shot to the knife (around 5:13), in which we hear Frank’s laugh but don’t see it, instead seeing Catherine’s horrified reaction. Note the slow pace of the scene and how the cuts mirror it, often showing shots of Catherine still to further slow the rhythm. Note how the camera or actor moves to switch a shot from medium to tight or vice versa. Note the over-the-shoulder shots, in which Catherine is looking up at Frank or Frank is looking down at Catherine.

Here’s another one from Seinfeld:

Note the establishing shot in the beginning (ignore the YouTuber’s bizarre decision to animate it in), the mix of wide two-shots (when both characters are in the shot) and medium shots, and reaction shots. This scene, as a classic multi-camera sitcom, is less cinematic, but still uses simple techniques to bring the conversation to life.

And here is a conversation from the less ruthleess political drama The West Wing:

Note the use of over-the-shoulder shots, the combination of medium shots and tight shots, and where the cuts are. Focus on how whenever the character speaks, the camera doesn’t automatically cut to them, telegraphing the shot. Note the length of the shots and how the conversation has a rhythm to it, and how the most important pieces of dialogue are framed in tight shots.

Creating a rhythm in a conversation is a difficult task that often takes a lot of practice for a producer to get the knack of. But note some of the techniques in a producer’s arsenal:

Over-the-Shoulder Shots makes clear that the dialogue does, indeed, have two people in it, rather than the amateur shot of an actor talking to what appears to just be air. It can illustrate power dynamics. It also can get good reaction shots.

Reaction Shots show that the emotional effect of a statement is more important than the words themselves. They give conversations gravity.

Cut-ins, close-up shots to an object away from the conversation, can provide emphasis or reminders to viewers. They also can be used as an editing tool to cover mistakes, to bounce between the same shot without needing to use a jump cut.

And of course, the juxtaposition of different shot types impacts the feel of a scene. Moving tighter—medium shot to close-up, perhaps—builds tension. Moving out—close-up to wide shot—releases it, and is often used at the punchline of jokes. Extreme shifts, a medium shot to an ultra-tight, can disorient a viewer, and emphasize the frenetic pace of a scene.

All of this goes together to bring a scene to life.

Find a conversation from a television show you like and analyze what brings it to life. What is the pacing of the scene? What are the emotions of the characters, and how does the composition of the shots accentuate these emotions? What is the eye level of the camera, what shot types are used? Any cut-in shots, or reaction shots? How does each shot flow smoothly into the next?

It’s time to put the project together! Have students determine the best places in their scene to use the aforementioned tactics, and effectively put everything together. Consider where the best moments in the shot are to cut. Is the best time at the end of a character’s statement? Or in the middle? Are there times when a reaction shot or a cut-in shot would be more effective than showing the character speaking?